I wanted to give an update on how my mining contracts with GAW Miners have performed over the 1 month I’ve had them.

These mine Bitcoin directly and hashlets are sold in units of 10Gh/s. Fees of $0.02 per 10Gh/s per day are charged (Gh/s is a measure of hashing power – if that means nothing to you, think of it as a set amount of computing power dedicated to mining). I don’t have any of these hashlets. 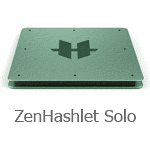 The second type of Hashlet mines Scrypt coins (not Scrypt-N) at 1Mh/s (a different amount of hashing power). These are altcoins like Litecoin, Feathercoin, etc. What coins are mined, and when, is kept secret by GAW but they have set up a pool that consistently pays out more than other pools like Waffle or Multipool. Earnings are automaicially converted to Bitcoin before payout. Fees of $0.08 per 1Mh/s per day are charged. There are several flavors of Scrypt Hashlet, each mining different pools. I opted solely for Zen Hashlets (and the associated higher-paying ZenPool) which give the best return, although these hashlets are the most expensive of the Scrypt Hashlets, at $20.95 each.

The final type of hashlet is also a Scrypt Hashlet, known as a Prime Hashlet. These are essentially the same as Zens (same processing power) but have a measure of interactivity that boosts their hashing power. They’re the most expensive of the lot at $49.95 each. These are supposed to be the best hashlets you can buy for the long term but even with their boosts, they still don’t give the same hashing power as buying $49.95 worth of Zens would. I bought one of these to use as a “tester”. Currently, I don’t believe they’re worth the money.

The last 2-3 weeks have seen a number of changes in how GAW manage hashlets.

Existing Genesis (SHA-256) hashlet owners had their hashing power permanently increased from 10Gh/s to 15Gh/s as pretty much a loyalty bonus. Fees did also rise to $0.03 per 15Gh/s unit though. New customers can only buy the 10Gh/s units but the price has been reduced from $9.95 to $8.95.

Little change here except one of them dropped in price by a dollar. I can’t remember which one but it wasn’t the Zen Hashlet (the only type I own).

There was a vote on what should happen with these hashlets by members of HashTalk.org, the forum for hashlet owners. It essentially boiled down to whether Primes should have automated boosts or interactive boosts where owners would have to log into their hashlet dashboard and click buttons to boost their Primes’ performance. For some reason, people preferred the interactive option.

What this means is that you have to log in at least once daily to click a button or two to boost the performance of your Prime. There are currently two boosts. One boosts your Prime’s hashing power by 50% for 30 minutes (you can do this once a day). this equates to about a 2% increase in hashing power over a 24 hour period. Not worth the trouble in my opinion. The second boost mines a second pool simultaneously for 12 hours (again, you can only do this once a day). This equates to having 1.5MH/s instead of 1Mh/s hashing power.

The Volatility of Bitcoin

All cryptocurrency mining companies charge maintenance fees in dollars. This is because they need to pay real-world expenses like electricity, rent, salaries, etc. Those dollar fees are taken from daily earnings but your earnings are paid out in Bitcoin. So when fees are deducted, an amount of Bitcoin, equivalent to the dollar fee is deducted from daily payouts. How much of a Bitcoin fee is deducted depends entirely on that day’s exchange rate between the dollar and Bitcoin.

Bitcoin is volatile by nature and it’s dropped significantly in value over the last 14 days or so from about $480 per Bitcoin ($480/BTC) to about $260/BTC. The upshot of this is that as the price of Bitcoin falls, the hashlet fees increase, thereby reducing daily payouts. On the other hand, if Bitcoin were to soar again, then fees would drop significantly as well. The $0.08 fee remains the same but the equivalent amount of Bitcoin deducted from your payouts changes daily.

Bitcoin is now slowly increasing in value again and, at time of writing, is about $375/BTC.

Hashlet Performance Over The Last Month

A couple of things to note about the spreadsheet (click it for a larger view) is that on Sept. 28th and 30th, I bought additional Zen haslets with the Bitcoin I’d earned from my existing hashlets.

I set up my account to buy hashlets automatically once enough funds were available. Autobuy buys hashlets using Bitcoin (taken from your balance) and also provides a 5% discount on purchases. So instead of paying $20.95 for a Zen Hashlet, I pay $19.80 instead.

I’ve spent $259.45 in out-of-pocket money in total. So that means (not considering the reinvestment), I’ve got a 56*100/259.45 = 21.58% (approx) return on my initial investment after 1 month. That’s about a 0.72% return each day. The drop in Bitcoin’s value during this period reduced the returns. That percentage is now increasing again as the value of Bitcoin rises.

So, all things being equal, I could expect to have got my initial investment back after about 5 months (150 days). In reality, other factors like the increase in network difficulty for various altcoins, means that over time, payouts will get smaller. So the actual time it will take to get my initial investment back is likely to be longer than 5 months. Nevertheless, I still expect to make a profit on the investment within a year.

And, since GAW’s mining contracts are for a lifetime rather than a fixed, year-long period, the hashlets should continue to return some daily profit into the future. GAW have stated that fees will be reduced over time and it remains to be seen of they’ll boost the power of customer’s hashlets at some point to counteract the rise in network difficulty.

To date, GAW are very customer oriented, rewarding loyalty and listening to what their customers want. Home-based cryptocurrency mining is pretty much dead as the cost of electricity outweighs any profits made. Mining hardware is pretty expensive and there are enough bad stories about people pre-ordering equipment and not receiving it on time, or at all, to make buying hardware a huge gamble.

A GAW Miners Hashing (Data) Center – these are not small installations!

Cloud mining, which is what GAW Miners offers, is the way forward for those casually interested in mining crypto-currencies as well as more experienced miners who see it as the way forward.

There’s a minimal investment of about $21 to get started and once you buy, you’re up and running in less than an hour. You can scale up as and when you want or can afford it.

GAW Miners also runs a marketplace for hashlet owners so if you ever want to sell out, you can list your hashlets there.

While my strategy will be to reinvest my profits into buying more Zen hashlets (at least initially), another strategy would be to buy hashlets, mine for 1-2 months, then sell your hashlets through the marketplace. They won’t sell unless you offer them for no more than $19.80 each (the same price as the 5% discounted AutoBuy price) and you’ll also have to pay a 5% commission from that amount to GAW. But if you made more than 10% of your initial investment through mining, you’d be in profit. Even after 1 month, earning a 20% return in that month and selling off your hashlets, you’d still come out with a 10% profit on your initial investment after fees are deducted. 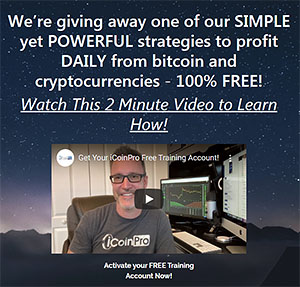 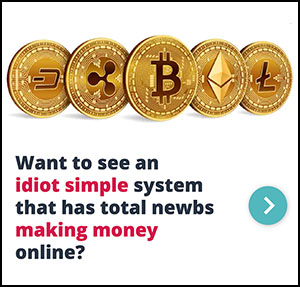 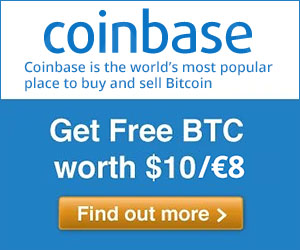